More Time for Sex: The Organizing Guide for Busy Couples
“Fun to read and filled with real-life examples … every page crammed with tips…”
--Copley News Service
Leading from the Zone: How Authentic Leaders Achieve Exceptional Results
A book about “playing to win,” yet always doing the right thing regardless of the risks.
How to Write Like an Executive
Learn to apply your skills to all kinds of business writing, including letters, proposals, and memos.
From Victim to Victor: A Step-By-Step Guide For Ending The Nightmare Of Identity Theft
"With this new edition of From Victim to Victor..., Mari once again provides an excellent guide to help victims of identity theft regain their good name and peace of mind." U.S. Senator Dianne Feinstein
Safeguard Your Identity: Protect Yourself With A Personal Privacy Audit
"Safeguard Your Identity is the most concisely written and useful protection against the growing scourge of our time. It is well organized and reader friendly, allowing you to benefit from Mari Frank's pioneering work." -- Evan Hendricks, author of "Credit Scores and Credit Reports."

Among Equals: A Memoir- The Rise of IBM’s First Woman Corporate Vice President
"Like those brave soldiers on the battlefield, Leach approached her career with a fearlessness that is evident in her writing. She tells poignant and sometimes amusing stories of what her life was like then...It's a story of innovation, not only in business, but also in business ethics and attitudes." ForeWord Magazine

Among Equals: A Memoir- The Rise of IBM’s First Woman Corporate Vice President 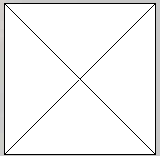 “Feeling almost paralyzed with excitement, my parents and I hurried into the grand ballroom at the Mayflower Hotel in Washington, D.C. On that chilly evening, February 9, 1946, five hundred selected guests including President Harry Truman, members of his cabinet, plus assorted dignitaries and foreign diplomats, had assembled to honor the 11 recipients of that year’s Women’s National Press Club achievement awards—and I was one of the women being honored!

“We sat at the head table with President Truman and several members of his cabinet. As I settled into my designated spot on the dais, my seatmate, Secretary of Labor, the honorable L.B. Schwellenbach, turned to me and asked, ‘Are you somebody’s secretary?’

“At 29 years old, I must have looked like a kid to him compared with my fellow honorees, all of whom were a great deal older. I glared at him and merely nodded my head, too annoyed to answer. He didn’t deserve a response anyway. Turning his back on this taciturn ‘hireling’ he began chatting with the lady on his left and never said another word to me until after the president presented my award and told the audience what I had achieved during the war years. Then Mr. Schwellenbach wanted my undivided attention—he didn’t get it.”